News: AVANI has been awarded $25,000 by the Global Fund for Children in UK

AVANI which in Sanskrit means earth has been coined as an acronym for Anna, VAstra and NIvara; for food, clothing and shelter. In addition to these three basic necessities of life, AVANI also provides for education of rescued children, making them responsible and contributing members of the society.

A petite, 42 year old dynamic woman Anuradha Bhosle, herself a child laborer, makes it her life’s work to rescue children, whether from child labor, abandonment in the streets, or in the case of family abuse … during our visit to AVANI, we met 2 sisters who came traumatized from the murder of their mother by their father only 4 days back. This makes for great emotional difficulties in dealing with these children and getting their trust, before they can even become part of any group or education effort. For this reason, Anuradha has a bridging and counseling program for newly adopted children. She also believes in education from the Gandhian philosophy: that is, not just education for itself, but education that will  make the child into a different person, by learning through heart, head and hands.

AVANI has rescued many children from brickyards and sugar factories in and around Kolhapur who work there along with their migrant parents without access to any basic necessities of life let alone precious education. Realizing that AVANI cannot rehabilitate all the children especially young ones who accompany their migrant parents at these factories, it has recently taken up a project to provide basic education and training to children up to 6 years of age by starting schools onsite at the brickyards (6 locations) to prepare these children for more formal schooling.

Anuradha also wants to address the root cause rather than just treating symptoms – she educates factory owners, local police and judges about the laws forbidding child labor in the constitution, yet they are rarely, if ever, used by ordinary people, and usually there is no one to advocate for them anyway. Anuradha is tireless and fearless about this work. She does the necessary demanding paperwork to bring perpetrators of child labor to court – and in true Gandhian fashion, some of these former enemies are now her strongest supporters! 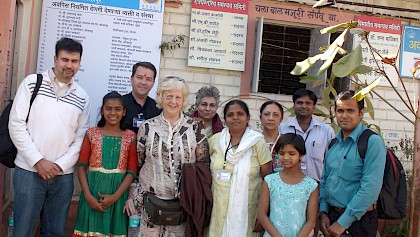 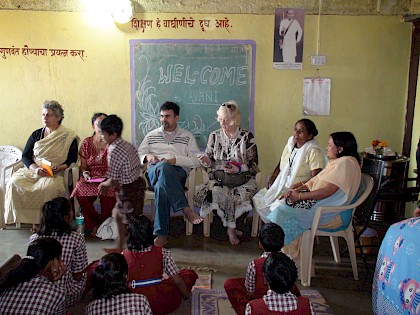